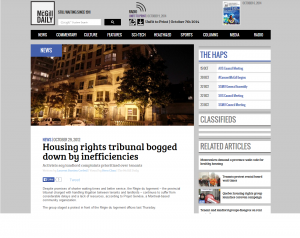 Despite promises of shorter waiting times and better service, the Régie du logement – the provincial tribunal charged with handling litigation between tenants and landlords – continues to suffer from considerable delays and a lack of resources, according to Projet Genèse, a Montreal-based community organization.

The group staged a protest in front of the Régie du logement offices last Thursday.

“There are simply not enough commissioners,” Projet Genèse spokesperson Sheetal Pathak told The Daily in French. “Less than ten years ago, it took less than three months to hear a case. It’s not impossible to go back to more reasonable delays.”

According to a government study conducted this year, the average waiting time for a “priority” case is 14.5 months.

The Régie groups cases into five categories: urgent, non-payment, fixation and redaction, priority, and general. Issues that affect the well-being of tenants – such as heating – are classified as urgent. 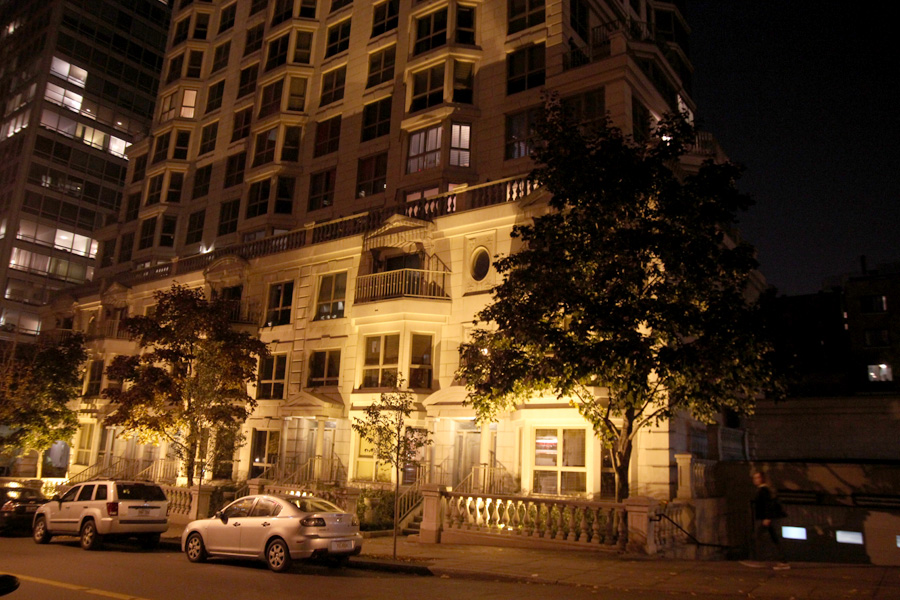 With the exception of urgent cases, the Régie handles complaints chronologically.

However, Pathak claimed that cases of “non-payment” – in which a tenant refuses or is incapable of paying rent – are always given priority over the other classifications.

“No matter the extent of the harm that is done to the landlord, they are always given precedence over cases that endanger the health [of the tenants],” Pathak said.

In an interview with The Daily, Régie spokesperson Geneviève Trudel said that urgent and non-payment cases were handled under “similar delays.”

An inquiry compiled by the Quebec Ombudsman, the parliamentary body tasked with investigating injustices committed by government agencies, revealed that between 2010 and 2011, “non-payment” cases were dealt with following a 1.3 month delay.

Complaints labelled as “urgent” were addressed in 1.4 months.

“It’s an administrative and political decision,” Pathak said.  “It’s a very big problem when someone lives in housing that isn’t heated for a long time. It has consequences on the well-being and on the security of people. We think it’s unthinkable that cases of non-payments are prioritized.”

Last year, the Régie noted in its annual report that 20,110 cases were being reviewed by the organization, a 7 per cent increase from the previous year.

According to Trudel, however, the Régie has the necessary resources to handle the current complaints, and “the problems [they] encountered last year were rectified.”

The Association des propriétaires du Québec, a group that advocates on behalf of landlords, disagrees.

“Every commissioner deals with around 1,300 cases per year,” a statement on its website read in French. “We consider the [14.5 months] delay to be too long and we believe that it causes harm to owners as well as to tenants.”

The Régie hired eight new commissioners this year. Whether delays will be shortened by this new measure remains to be seen.