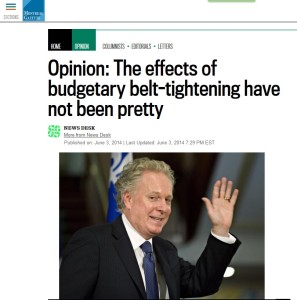 In the run-up to Wednesday’s budget, the Liberal government has been swinging its austerity axe, readying us for major spending cuts, followed by an extensive “revision” of our social programs. This isn’t the first time we have been told that we’ll need to make drastic sacrifices to balance the budget. Since Lucien Bouchard launched a series of drastic cutbacks in health and education in the name of Déficit zéro, we have spent nearly 20 years “tightening our belts” and “getting our economic house in order.”

The effects of these political choices have not been pretty. The OECD has found that income inequality has grown more quickly in Canada than in most other industrialized nations and that a large part of this growth in inequality is due to the increasing inefficiency of our tax-benefit system. In other words, benefits, including welfare, have fallen in real terms, and we are depending more and more on public services to even the playing field — public services that are now going to be put, yet again, on the chopping block. 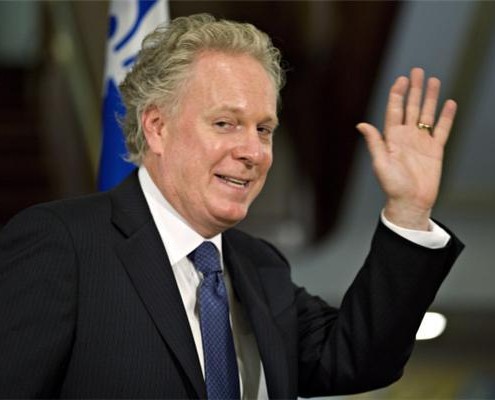 Could it be that the Charest government’s decision in 2007 to cut personal taxes by $700 million a year was a bad idea, depriving the government of much-needed funds? (Image: Jacques Boissinot / The Canadian Press)

However, these spending caps and cutbacks, coupled with increases in user fees for public services, tell only half the story. The other half is told by the individual and corporate tax cuts we have seen over the past 10 years — tax cuts that generally did not benefit those for whom paid work is their only source of income. For example, what use was the capital gains tax cut to you if you don’t hold stocks?

This latest round of made-in-Quebec austerity arrives at an interesting juncture in terms of wider discussions within the academic community about taxation and spending priorities. For a long time, it has been accepted economic orthodoxy that the way to lift all boats is through the rising tide of lower tax rates, especially for the most economically productive members of society, who would invest their money and thus drive economic growth, creating more productive jobs for everyone else.

It was a tidy picture, but historically the opposite has been true. Despite historically low tax rates, corporations are sitting on a record pile of cash — instead of investing it in job creation, it’s simply more profitable for them to leave it in financial markets. Cutting taxes does not seem to facilitate job growth; instead, it seems to increase inequality as those who can afford to invest in capital pull away from the rest of us who rely on wages for our keep.

We see the effects of this pernicious cycle every day at Project Genesis. Rents rise faster than prices, wages or such social benefits as welfare or old age pensions. People living on low or fixed incomes are always falling farther and farther behind — and can’t access social housing because there simply aren’t enough new units being built to meet the ever-growing demand. And why not? Because we cut taxes!

As they have prepared the budget, it seems unlikely the Liberals have asked themselves the hard questions that the world’s top economists are asking. Could it be that the Charest government’s decision in 2007 to cut personal taxes by $700 million a year was a bad idea, depriving the government of much-needed funds? Could they imagine reinstating the tax on capital for financial institutions, a tax of only 0.5 per cent that would raise upward of $600 million a year? Or will they further undermine our social programs?

Cathy Inouye is a community organizer specializing in anti-poverty issues at Project Genesis, a Côte-des-Neiges anti-poverty and housing rights organization.

Chris Schwartz is a community organizer specializing in housing issues at Project Genesis.