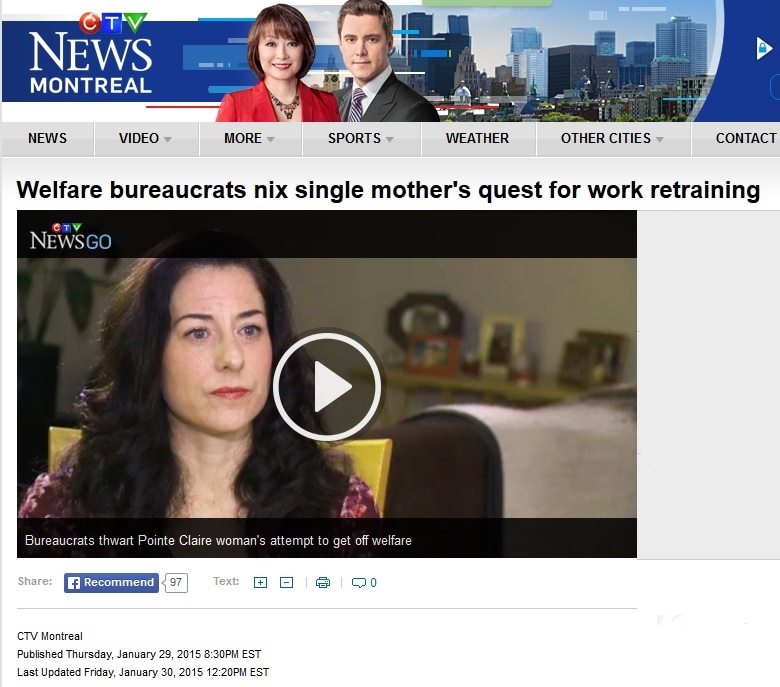 A single mother from Pointe Claire says that welfare bureaucrats have thwarted her efforts to wean herself off of social assistance.

Anick Boivin was forced onto welfare after suffering an injured shoulder in her previous work as a landscaper and recently enrolled in a six-month course designed to help her find work as a nurse’s assistant.

That initiative led welfare authorities to inform her that she would lose her assistance if she were to go through with the studies.

Boivin was stunned by the decision which came three days before the course was to begin. She has since had to put the training aside.

“I thought that they would be happy and that they would continue to help me to go to school so I can get off social assistance and stop costing taxpayers money,” Boivin told CTV Montreal Thursday.

According to Emploi-Quebec rules, a full-time student cannot receive welfare unless their studies are approved by the ministry. The bureaucrats must assess the applicant’s choice of study and motivation before agreeing to contuinue the social assistance cheques.

Advocates for the poor consider the system flawed. “They’re being paternalistic with the people, choosing what’s best for them instead of allowing them to choose what their career would be,” said Nathalie Sereda of Project Genesis. 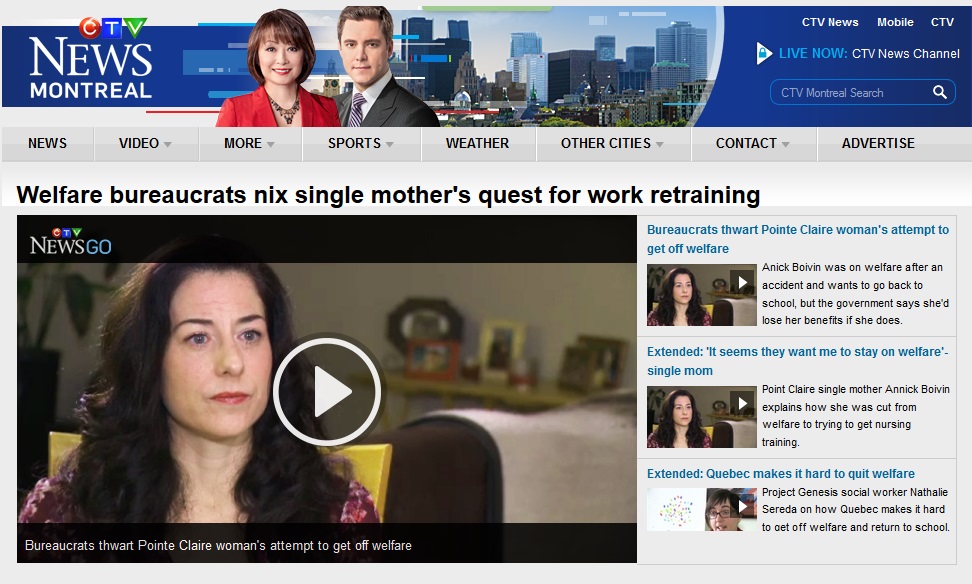