You are here: Home1 / News2 / In the media3 / Opinion: Everybody needs a place to call home 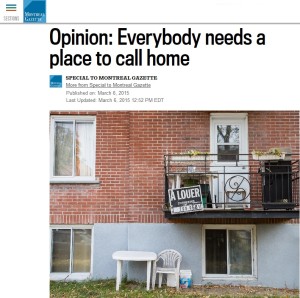 As members of the housing rights committee of Project Genesis, we are alarmed to hear that the AccèsLogis program, the only program building social housing in the province, might be cut this year. All over Quebec, people and organizations are urging the government to keep this program going, including the Communauté métropolitaine de Montréal.

In Quebec, housing is a basic human right in jeopardy. In Côte-des-Neiges alone, 5,060 households are allocating more than 80 per cent of their income toward rent. What is it like to pay too much of your income in rent? It means not having enough for other necessities, basic things like public transport, heating, food, telephone bills, clothing, and medical and dental care. For parents, it’s a struggle paying for school supplies or new clothes when kids grow out of old ones. Hopelessness settles in: it’s a big cloud coming down and there is no way out. For many, physical and mental health problems ensue: depression, isolation, addiction, diabetes, heart problems, to name a few. 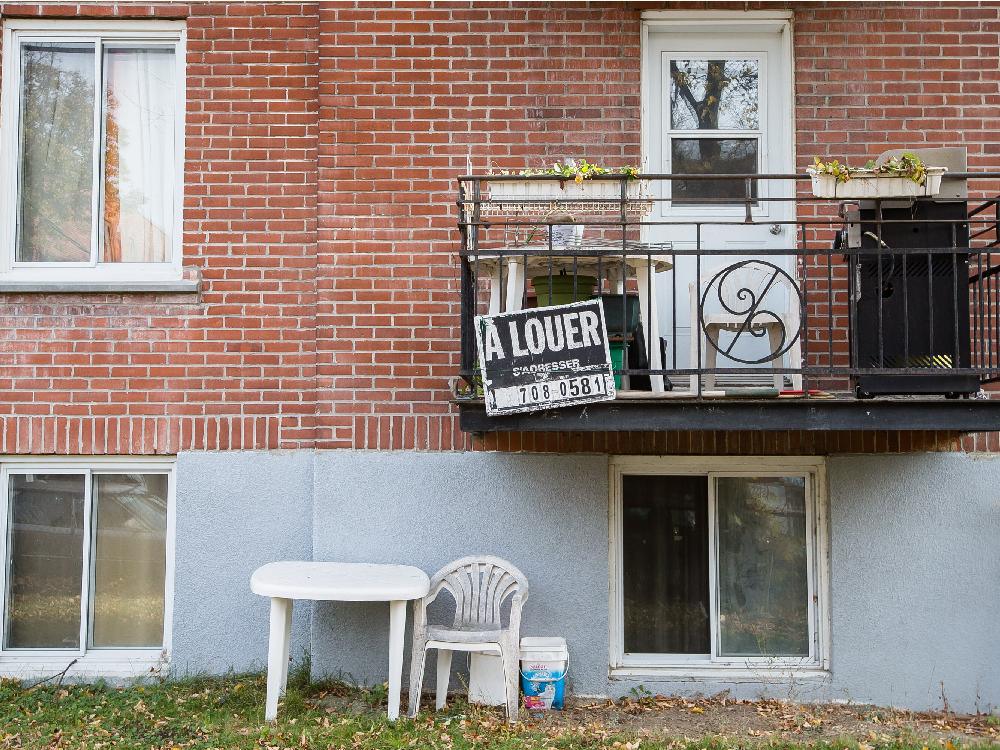 A balcony with a For Rent sign on an apartment building on Barclay avenue in the borough of Côte-des-Neiges in Montreal on Saturday, November 8, 2014. Dario Ayala / Montreal Gazette

Who needs social housing in “Condo Nation?” Seniors on pension, people with health problems or with disabilities, newcomers to the country, single parents, the working poor, those who are unemployed, people on welfare, and caregivers. Social housing is the solution for them. Here are the stories of two Housing Rights Committee members:

Ms. C lost her job as a translator many years ago. Getting social housing has meant feeling finally at home, safe and secure, after a series of very difficult experiences with roaches and mould-infested slums. “That’s what happens when you don’t have money in this city, you have to accept substandard housing,” she explained. For Mr. P, when he arrived in Montreal as a new immigrant, he had great dreams about what living in Canada would be like. Instead, after working for a few years, he and his wife developed severe health problems. He ended up living for 20 years in an apartment that was infested with cockroaches. His place was in a general state of disrepair. Year after year, his rent increased: in 20 years, it almost doubled, but the state of the apartment remained the same. “I would clean and clean my apartment but never feel like it’s enough. In 2014, I found social housing and it feels like heaven. I feel like 20 years later, the dream I had about Canada finally came true,” he said.

These stories are far from unique. Social housing is a long-term solution to poverty, a societal investment. Building new social housing units with AccèsLogis costs about $250 million a year, only about 0.38 per cent of the program expenses of the government last year. Recently, the Société d’habitation du Québec sponsored a study that found that for every dollar invested in social housing, $2.30 of wealth is created in the economy. Not only does social housing give us great return on investment, but for people struggling to get by at the end of the month, month after month, it can be a lifesaver.

“Home sweet home,” the saying goes. But with the Liberal government considering cutting funding to AccèsLogis, the adage rings less and less true. We need to fight for social housing and stand up for the members of our society who can’t afford dazzling condo high-rises.