You are here: Home1 / News2 / In the media3 / Opinion: New welfare rules unfair to immigrants in particular 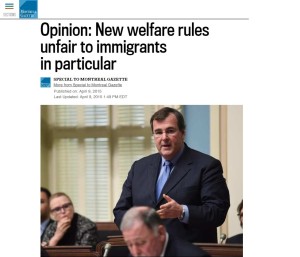 Nobody wants to be on welfare. We are fed up of hearing that welfare recipients are a bunch of lazy bums who take it easy and travel. Those living on welfare are a heterogeneous group of people whose various life circumstances have forced them to ask for assistance. People may have lost their job due to sickness or accident, or been unable to find a job due to a variety of complex reasons. The government has an obligation to assist people in these circumstances as a means of ensuring that basic human rights are respected within its territory. Welfare was created to act as a social safety net in 1969, and would have continued to play that role had it been indexed adequately. Instead, a single person living on welfare is trapped on a budget of $616 per month, which is, needless to say, not enough cover rent, food, and other basic necessities. 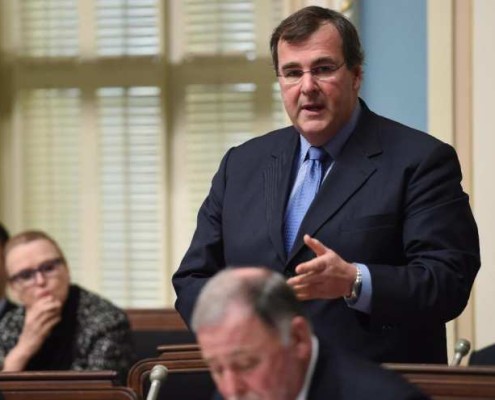 Welfare is hard enough on people trying to survive on it. They face a gargantuan struggle to feed themselves, keep their apartment, and pay their bills. But the Ministry is threatening to put even more pressure on them with new rules, one of them being to limit the amount of time they can spend outside of the province. This decision seems to be based on the presumption that welfare recipients can afford to travel.

The reality is that there are immigrants who have not been able to go back to their countries of birth to visit family members in years; some have been invited by a family member to attend a relative’s wedding; some would have to travel back and forth between Montreal and out-of-province cities to be at a parent’s bedside while he or she was sick or dying.

People on welfare are already subject to scrutiny by the welfare system. They have to fill out a declaration each month regarding their activities and may be ordered to furnish bank statements going back years along with affidavits from friends, employers, and religious communities explaining how they have been able to survive on such a meagre cheque. By limiting the amount of time people can leave the province to 15 days, the government is further tightening the screws on the people with the least money in our society.

We also believe that these changes are going to affect immigrants more than any other people on welfare, penalizing those who have to cross a border to visit a sick parent, or attend a wedding or funeral. It might take years for someone’s family to raise enough money to offer them a plane ticket so they can visit, and through sheer mean-spiritedness the welfare system would cut this rare visit short.

The previous minister responsible for employment and social solidarity, François Blais, stated that the purpose of the reform was not to save money. It is projected that Quebec would save about $1.8 million dollars by cutting people off welfare when they leave the province for more than 15 days, out of a global budget of $4 billion. That’s a drop in the ocean!

Though this change would only have a tiny effect on the government’s budget, it would have a big effect on the concerned individuals. Even more shocking, these kinds of reforms, based on prejudices and misconceptions about the welfare system, affect all welfare recipients because it spreads the idea that they have it so easy. The new minister, Sam Hamad, should back down on these reforms and instead deal with the real incoherencies in the welfare system.

Offering services for those with limited mobility
Scroll to top